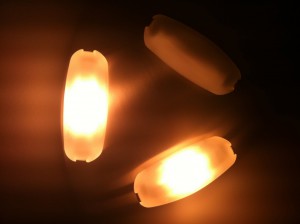 If someone is really trying to be innovative, almost by definition that person will fail from time to time. This is because innovations that have never been tried before are often risky undertakings, and failure is far more likely than success. James Dyson went through 5,127 prototypes before he came up with his famous vacuum cleaner. Thomas Edison famously said, "I have not failed, I've just found 10,000 ways that won't work." To persevere is certainly a virtue, and many examples show that such persistence can ultimately pay off. But this kind of persistence is a virtue in an individual, not necessarily in an organization or company. A company that constantly follows failing strategies will be out of business rather quickly.

Because of this, businesses are very concerned with failure, and the punishment can often be severe: loss of jobs, financial penalties and so on. Although sometimes it is necessary to take such severe measures, there is a trade-off in terms of loss of communication, and such decisions can also limit the possibility for individual or organizational improvement. There are more constructive ways to respond to failure. Here are seven ways for a company to respond.

If you are striving to be innovative, it is important that you have a plan for dealing with inevitable failures. By concentrating creatively on what can be gained from a given case, one can turn current failures into future successes.

Do you have any interesting examples of failures that you turned into successes? Do you have ideas for other ways to make use of failures? Feel free to comment below.