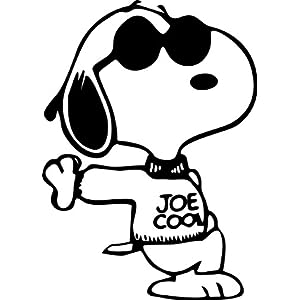 What is cool? Coolness is a preference objectified. It is usually asserted in relation to a group to which one attributes an authority in the realm of taste.

The objectification of the preference is important. To objectify something is in part to grant ownership to another. In the realm of the cool, this is to open an object's status to debate among one's peers. This is the reason that one can both prefer something, and agree that it isn't particularly cool. For instance, you might really like a particular kind of sneaker, and agree that it isn't a particularly cool sneaker. Or, alternatively, one can assert that something is cool, but not like it at all. In the latter case, you are probably saying that the item is preferred by a group that you do not identify with. For instance, an English professor might agree that Harry Potter is cool, but really not like of the writing or films.

Because of the connection to objectification, unlike a regular preference, one can challenge and debate the coolness of something. This rhetorical structure also means that your group of friends might be able to convince you that what you initially thought was cool, really isn't.

Coolness is often said in relation to an age group or generation. What teenagers think is cool is often very different from what 30-somethings think is cool. For instance, Twilight tends to appeal to younger generations, whereas it doesn't appeal to older generations. Conversely, a nightclub might seem cool to a 30-something, but not even be on a younger generation's radar. However, most people would probably agree that younger generations seem to have more authority over what is cool. Teenagers seem to have unusual authority in this realm. This is perhaps because it is an age of rebellion, and what is cool is often the result of overthrowing preferences that were held before.

Yet, coolness can also be age-independent. When Steve Jobs first unveiled the iPhone, people in many different generations found it to be cool. It was a product that was just so superior to any of the previous offerings in the mobile phone category. Similarly, when someone is really passionate about something interesting, she or he can be imbued with coolness. Even a bunch of rebellious teenagers may think a particular oldtimer who has a unique perspective on life is cool.
Coolness also has temporal and geographic aspects. A judgment that something is cool is asserted at a particular time and place, and it may quickly cease to be cool. Friendster was cool once, but it rapidly fell out of disfavor when Facebook came along, which combined a Friendster-style framework with a sense of exclusivity. There will likely be a time when Facebook ceases to be cool too. (Some may think it became uncool when it lost its exclusivity, or when their families or bosses joined.) Place also matters, because something that is cool in Chicago may not be cool in Tokyo.

But coolness isn't merely an abstract concept: coolness sells. That is why companies are interested in what is cool. It is a powerful force for consumerism. Someone may no longer want to wear a perfectly adequate article of clothing because the color or fit is no longer cool. Because of the tight tie between consumerism and coolness, this fact can often make coolness into a negative for some groups of people. An environmental activist might find the idea that you need to buy something because it is "cool" as a serious moral deficiency.

Coolness tends to be related closely with consumerism, but it need not be. Activities such as donating to a particularly worthy cause, or voting in an election may become cool in certain contexts. And in fact, making a cause cool is a good way to ensure its success. Even anti-consumerism, or being anti-cool can paradoxically become cool to some groups.

Coolness can be easy to define in the abstract, but very difficult to pin down in the concrete. This is because coolness is a rebellious category. It promotes the kind of disruptive innovation that causes us to revise existing categories and preferences. It is also constantly moving and changing. But one thing is for sure: coolness has real world consequences.