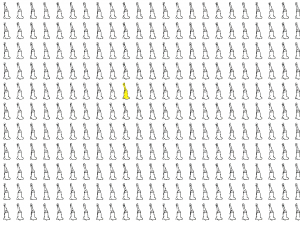 Many of the strategic issues we've been thinking about at Justkul Inc. revolve around the intersection between design-thinking and corporate strategy. Although we believe both can be compatible, they are often in tension with one another. One of our hopes is to bring both fields closer together.

One concept about which many design thinkers are seemingly at odds with corporate strategists has to do with failure. Business strategy often ruthlessly avoids failure. Yet, in many cases, "failure" can be good and should be strategically incorporated into business processes. I say "strategically," because not all failures are the same, and recognizing this point can have a profound impact on innovation.

To understand the importance of this point, it is worth keeping in mind how large corporations succeed. Corporations do this primarily by developing reliable processes that can be replicated through time while avoiding failure. Some industries, such as the automotive industry and manufacturing aim at six sigma accuracy, which is typically defined as less than 3.4 mistakes per million products. When you consider that individual products can have hundreds if not billions of components (think computer chips), to even come close to achieving this level of accuracy is an amazing accomplishment, and requires not only technological innovation, but also corporate cultures that are committed to the goal of avoiding failure.

Yet, even though many mature companies aim for that level of accuracy in some processes, it can be detrimental to other processes. For instance, any firm that is developing a new innovative product should generally not aim for perfection in the beginning of the product's development, but should rather aim for rough prototypes that test the fundamental ideas first. This is because the process of developing a revolutionary new product often requires a great deal of failure. At an opposite extreme to six sigma accuracy consider the famous 5,127 prototypes that James Dyson made before he finally hit upon his famous vacuum. If you want to look at this design process using the same scale as a six sigma process, instead of 3.4 failures per million, that would be a failure rate of about 999,800 per million, or 294,000 times an acceptable six sigma rate! No large corporation would survive if it had that kind of failure rate in one of its key replicable processes.

However, Dyson's "failures" were of a very different sort than the failures that prevent a company from achieving six sigma accuracy. They may have been failures so far as they failed to manifest the final successful product, but successes so far as they were important steps along the way. Thomas Edison encapsulated this thought well: “If I find 10,000 ways something won't work, I haven't failed. I am not discouraged, because every wrong attempt discarded is another step forward." Dyson and Edison's "failures" reflect the very nature of the process of innovation.

Most companies have come to recognize this truth in some form, and the phrase, "fail early, fail fast, and fail often," has become a mantra for R&D. Consequently, management is usually willing to tolerate a certain degree of "failure" from their R&D departments, and to understand that the same metrics cannot be applied there as in other parts of the corporation. However, being tolerant of failure often doesn't go far enough. There are circumstances in which failing to produce a perfect, compelling product should not only be tolerated, but encouraged.

Imperfection should not only be tolerated, but encouraged in the early stages of product development. In these circumstances, striving to produce too perfect a prototype can lead to significant failures later on.

To see this, note that any prototype of a product will succeed in some ways and fail in others. In one extreme let's imagine the 5,126th prototype of Dyson's vacuum cleaner. I have no idea what the product looked like, but given the late stage in the development, I imagine that it was very close to the final product. It had high fidelity in relation to the final product. When Dyson was evaluating such a product, most of the details were likely working satisfactorily, but there may have been one or two things that were off: perhaps the color or the texture of a surface material, perhaps there was a defect in the motor that needed to be fixed. But I hazard to guess that at this stage of development 99% of the product was in its final form and functioning correctly.

Again, I have no idea precisely what Dyson prototype #1 looked like, but given the nature of innovation, I would be inclined to imagine it was very different from the final product. It had low fidelity in relation to the final product. It probably did not match the final product in shape, color, size or even function. It might have even been made out of cardboard or drawn on paper.

The level of fidelity of a prototype is important because it is directly related to the type of feedback one will receive. If a potential purchaser of a Dyson vacuum cleaner were shown prototype 5,126, that person might decide to buy it on the basis of its color, regardless of what functional innovations it incorporated. The product just looked nice. In contrast, a viewer of prototype #1, whatever that looked like, would probably not be distracted by the color. In fact, it would be pointless to ask about color at that stage, because color preferences will likely change as other important factors changed.

If the goal is to receive feedback on fundamental concepts, then there is no need to produce a finished model. In fact, the finished model with all its polish and beauty can be a distraction from the intended evaluation. Hence, for a very interesting reason, one should not aim to produce perfect and beautiful prototypes early on in a design process: they can be distractions from the basic innovations that one wants to evaluate.

Not just a Concept for R & D

The same principle holds in areas far removed from product development, and this concept can be carried over into all aspects of business and life. For instance, the broad outlines of a new business strategy might be evaluated incorrectly if it is initially packaged too well. A hiring process might not be optimized if a job candidate is expected to perform too well on an initial interview. An initial brainstorming session is often less productive if there is an expectation for too refined a result. And as I will explain in a future post, one will learn things more slowly if one doesn't provide adequate space for failure.

Everyone wants to have their ideas succeed. Corporate culture only reinforces this inclination whether you are in a six sigma operation or a less than one sigma one. The fact that beautiful prototypes can succeed more often than ugly ones, that quantitatively validated ideas can succeed more than those that are more nebulous, encourages us to adopt certain strategies. But when it comes to early stages of a product's or an idea's development, this in itself can be a mistake. Fail early not only because it is better to get such failures out of the way in the beginning, but also because it may be the only way to ensure products will succeed in the end.

By @jfhannon, CEO at Justkul Inc., a research firm focused on the needs of strategy and private equity. This post and the concept of fidelity were inspired by an excellent talk I attended by Anijo Matthew (@anijomathew) on 2/13/2013.

2 Comments on “Failing for Success: The Importance of Low-Fidelity Prototypes”