For Creativity and Innovation Week (April 15th-21st) I've decided to write something about a book that has recently had an impact on how I think about creativity. This is Sticky Wisdom: How to Start a Creative Revolution at Work. The book is relatively short, and can be finished in about a day. It has a number of interesting examples of creativity, and offers a framework for thinking about creativity and innovation.

The part of the book that I found most useful is the distinction between analytical and creative thinking and the importance of signaling when one is changing from the one to the other. I just defended a dissertation in analytical philosophy, so I am probably the poster-child for analytical thinking: whether it's ancient mathematical proofs, Gödel's incompleteness theorem, or applying skepticism to any proposition ("Do I exist?"—"Not entirely clear."), I've done it. "Analysis" means breaking down a proposition into its component parts, and comes from the Greek word for loosening or untying a difficult problem. Analysis is not necessarily the opposite of creativity: it can take considerable freshness of thinking to be able to see the assumptions upon which an approach or statement is based. But there are contexts in which it can definitely be in tension with creativity.

This is often the case in a business context. Businesses are incredibly analysis-based. This is in part because of the complex types of problems that corporations face. A successful launch of a product in a new country depends on getting hundreds of details right, whether it's understanding the customers, determining how to distribute the product, identifying costs, coming up with effective branding, and so on. If any one of these things goes wrong the launch could be a disaster. This is perhaps the reason why analysis is so central to MBA education, and why corporations and consulting firms can be obsessed with it in the interviewing process. But the analysis focus goes even deeper than this: most corporations are obsessed with risk management. There are people whose only jobs are to avoid risk, committees and boards are designed to distribute risk, jobs are reduced to such tiny pigeonholes that no one can cause too much damage, and at the top there is a CEO who's job it is to never say anything that will risk the company's reputation. Hence, when a new idea is proposed, the default setting for most people is, "What could go wrong with this? What are the risks if we do this?" Yet, although these are necessary questions to ask in some contexts, they can be inimical to truly creative and disruptive ideas that no one has thought of yet. This is because—by their very definition—such disruptive ideas are risky.

Hence, in Sticky Wisdom the authors argue that it is important to set aside space for another mindset. They call this "greenhousing," and it can be roughly described as a context in which risky ideas are not only allowed to grow, but are in fact encouraged to do so. This is particularly important in the early stages of an idea, before it has had a chance to be worked out in any detail. As Sticky Wisdom emphasizes, at these stages a simple, "Yes, but . . ." or "We've tried that before," could be enough to kill a potentially exciting and innovative idea. What one really needs is a context in which even an initially ridiculous idea can be explored. As I have said in an earlier post, I sometimes have started a brainstorming session with the question, "What's the most ridiculous way to solve this problem?," and have been surprised at how much insight can be gained in approaching a problem in this way. But given the focus on analytical thought in a corporation or in academia, you have to often make a point to signal when you are looking for growth-support rather than criticism.

The advantages of having an organization occasionally adopt this mindset are manifold: new opportunities can be identified, and genuinely innovative approaches to problems can be found. One might even argue that it is not accidental that many of the most influential technologies and innovations arise outside of a corporate setting: whether it be Twitter, Facebook or Google, small entrepreneurial groups can be more willing to take risks because they have less to lose if the idea doesn't work out, and are often more willing to be creative. When large corporations are not at least sometimes willing to take similar risks, they create risks of their own, including the risk of missing the next trend in innovation. And the funny thing is that large companies don't necessarily have to miss that boat: if a corporation provides contexts in which employees are encouraged to think creatively, they too can have the insight to come up with similarly innovative solutions. But this takes more than a mission statement about the importance of innovation, but a genuinely new way of looking at the world. Sticky Wisdom offers insights on how to look at the world in this way. 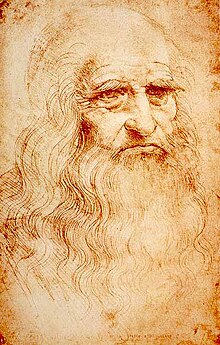 I hope in honor of Creativity and Innovation Week and Leonardo da Vinci's birthday companies, schools and organizations set aside some time to think about creativity. Having the staff reading Sticky Wisdom can be a good start.